How to lower your carbon foodprint in 3 simple steps

Tips for reducing your carbon foodprint! 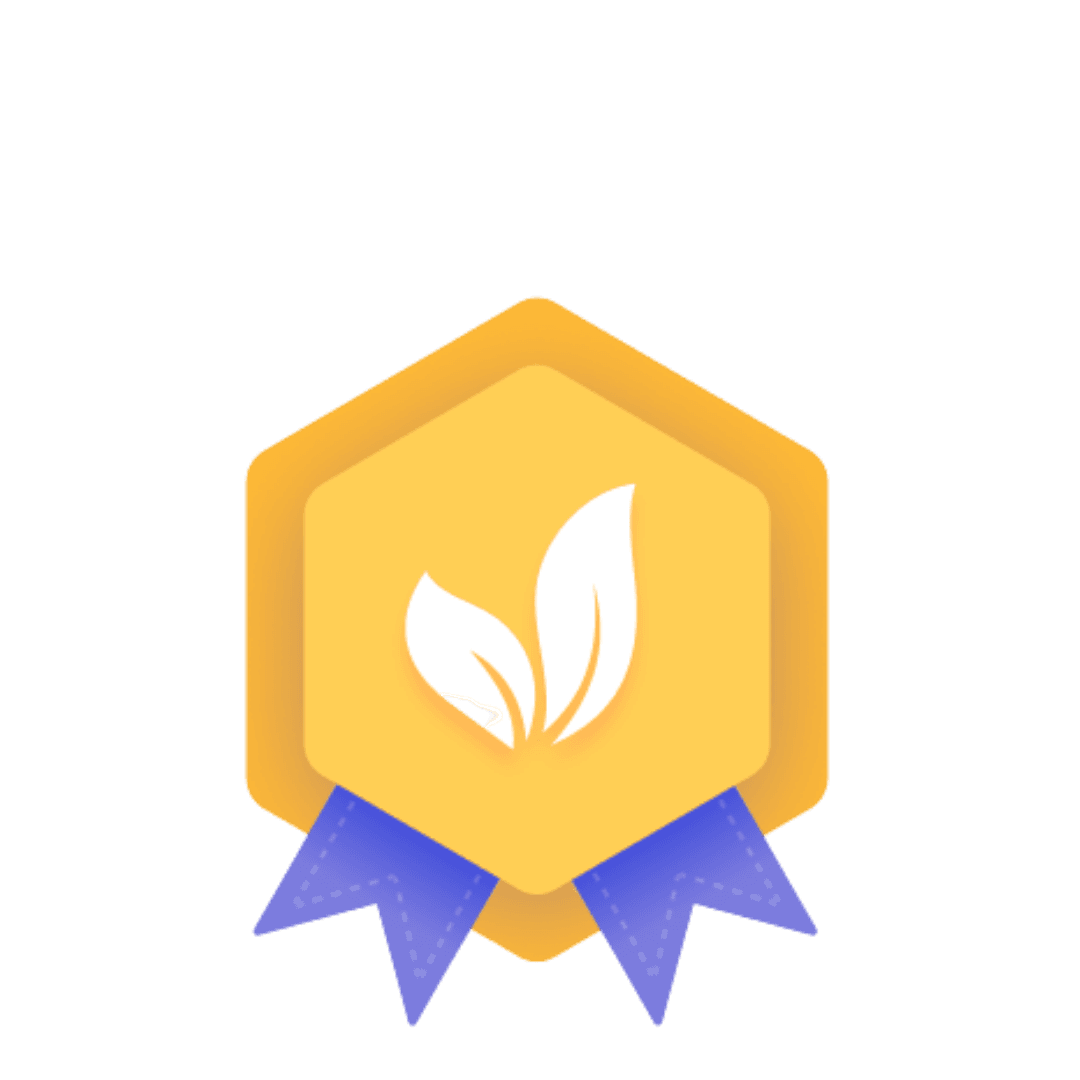 Topic
How to lower your carbon foodprint in 3 simple steps

You can save 1.6 tonnes of CO2e a year by going veggie!

As we know, reducing your carbon footprint is a great way to minimise your effect on the earth and the effects of climate change and resource extraction. Although there are numerous ways to do this, making dietary changes is an excellent place to start.

Interestingly, some research suggests that shifting from a typical western diet to a more sustainable one can reduce greenhouse gas emissions by 70% and also water use by 50%. Not only does such a diet help the planet, such studies have also shown that more sustainable dietary patterns showed modest health gains including reduction in mortality rates and health risks. [2]

We are currently in the midst of Organic September, a month-long campaign which aims to raise awareness of Organic products, and the brand, producers and farmers who bring them to us in the UK.

Organic farms are havens for wildlife and provide homes for bees, birds, and butterflies.

On average, plant, insect and bird life is 50% more abundant on organic farms.

Animals raised organically also enjoy the highest welfare standards available; they are given plenty of space and fresh air, being raised in conditions that suit their natural behaviour.

Who wants chemicals in their food? If that wasn’t enough to convince you to go organic, choosing organic is a way to limit the harmful exposure of chemicals like preservatives and pesticides in your food. Organic farmers instead attempt to create a natural balance between plants and animals, meaning they do not rely on pesticides.

Choosing organic is choosing produce that supports nature, rather than working against it. [3]

A recent study in the UK has concluded that lowering your consumption of meat is arguably one of the most influential ways to lower your individual carbon footprint. [4] 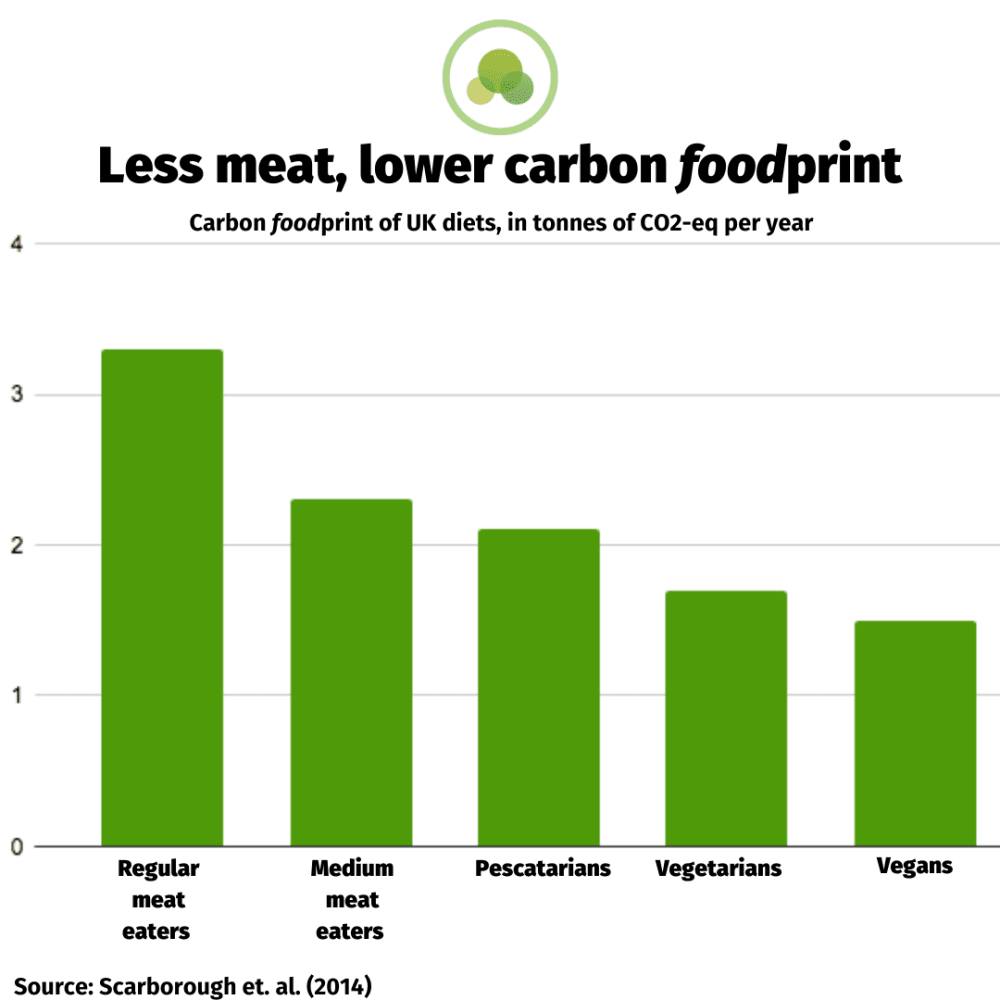 The research found that vegetarians had roughly half the carbon foodprint of meat eaters, and the vegan diet came out on top with the lowest carbon emissions.

For example, by swapping your regular beef burger to a Quorn veggie burger you can save a whopping 3 kg of CO2!

Beef is by far the biggest offender when it comes to carbon emissions, generating 24 kilograms of CO2 equivalent per kilogram of meat produced, whereas, 1kg worth of veggie burgers emits only 3.5 kilograms. [5] [6] There are two reasons why beef production has such a high environmental impact:

We are not suggesting that you should go cold turkey, but simply limiting your meat consumption to only one meal a day, or going meat-free one day a week can make a massive difference!

Fruit and vegetables that are not in season will generally have a higher carbon footprint than those in season due to two main reasons; travel and energy used in production. Take tomatoes for example; they are featured in most households' weekly shopping lists and are a great demonstration of why we should be eating seasonal fruit and veg. 1kg of large tomatoes grown locally and in season emit around 1.3kg CO2e compared to a shocking 28.2kg CO2e for 1kg of tomatoes grown in a heated greenhouse in the UK in March (out of season). [7]

So, what is in season in the up and coming months? 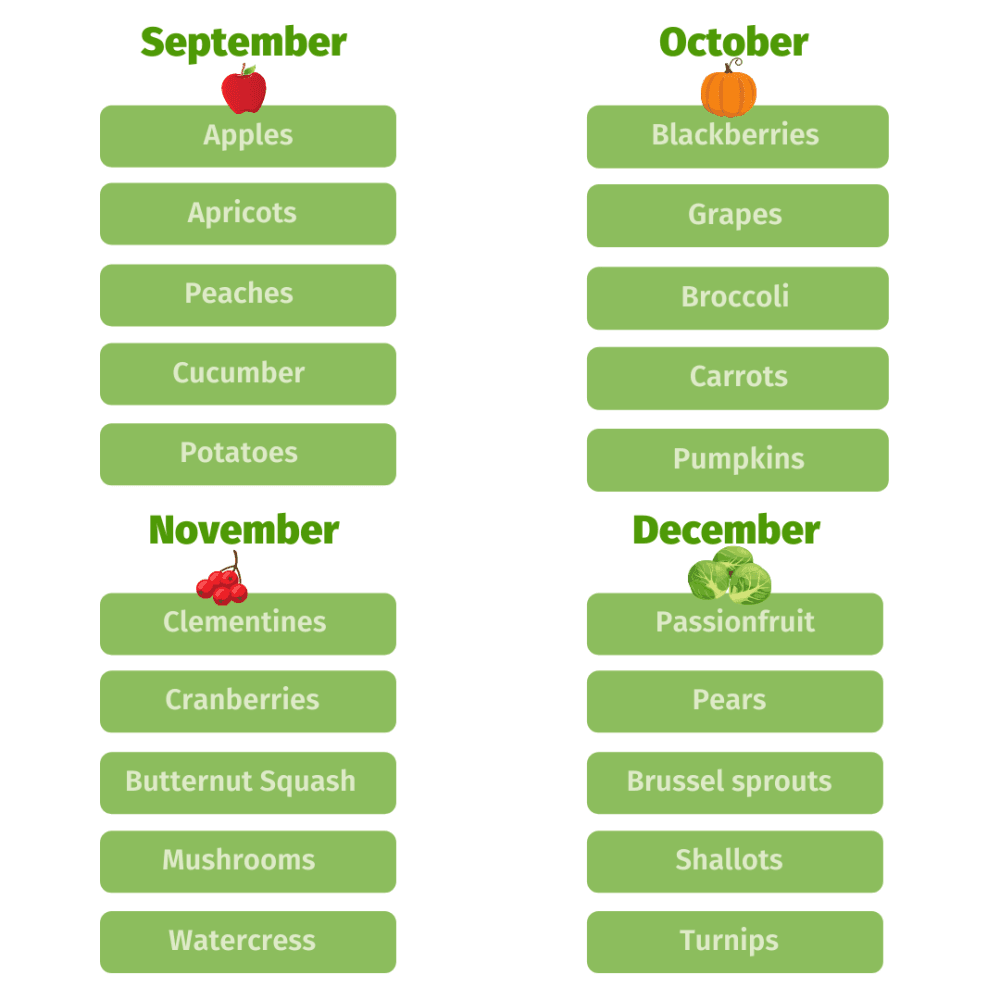 Changing your dietary habits is one of the most significant ways to lower your carbon footprint. Easy steps like choosing organic produce that is in season and swapping meals to veggie are great and easy ways to have a positive personal impact on the planet.

The Greenr app can show you the carbon footprint of different foods allowing you to eat more sustainably!

[2] The Impacts of Dietary Change on Greenhouse Gas Emissions, Land Use, Water Use, and Health: A Systematic Review

[4] Dietary greenhouse gas emissions of meat-eaters, fish-eaters, vegetarians and vegans in the UK